Song: “Shake It Off,” by Taylor Swift
I smelled his blonde hair, a mixture of sweat and ocean breeze as I kissed his forehead.
“I love you. Good night buddy.”
He was already asleep, his head on my arm. We were sick together, commiserating in the bedroom upstairs as the people who were well slept below us.
A week later, our conservation went this way.
“I wanna run with mommy,” a much better Mountain Kid 3 said as he tried to grab my hand.
The other kids and I were lined up to run the Yough River Trail 5k in Ohiopyle, Pa.
I love Ohiopyle. It’s a great, quirky town. There is a hot dog stand called Eat My Weiner, near the bakery, which has a wooden statue of a cow coming out of a cupcake by the entrance. We all had some sugar before the race. Mine was a maple-grazed; bacon covered doughnut.
The scenery is beautiful. And the town is small. And they all showed up for this race benefitting the Knights of Columbus chapter.
The weather was semi-rainy and chilly, perfect for running. Of course, we were running on Ohiopyle’s section of the Great Allegheny Passage, so we had to deal with mud, bikers and the occasional tree limb.
The two oldest kids and I started out together, but it quickly became a free-for-all. My oldest son, the one who ran beside me during Run for It, in Davis, wanted to run run his own race. So he ran his, I ran mine and my oldest kid ran her own race.
I was the middle-packer of our group. My daughter lost us way before I separated from the middle child. She was so freaking fast it was scary.
I worked on tempo, just keeping the same pace throughout the race, slowly picking up the pace as I got closer to the finish line.
The trail was flat, rolling along the Yough (it’s short something I can’t spell) River. We turned around about a mile and a half into the course. About 30 yards after the turn around, I saw my middle child on the path, skipping and jumping like he didn’t have a care in the world.
In the end, my daughter six minutes faster than her time last year, and won first place in her age group. She almost beat my fastest time in high school, 27:42.
I was first in the Athena group, while my son finished fourth.
It was a great, little race.
Ohiopyle is awesome. If you ever have a chance, stop by, you won’t regret it. 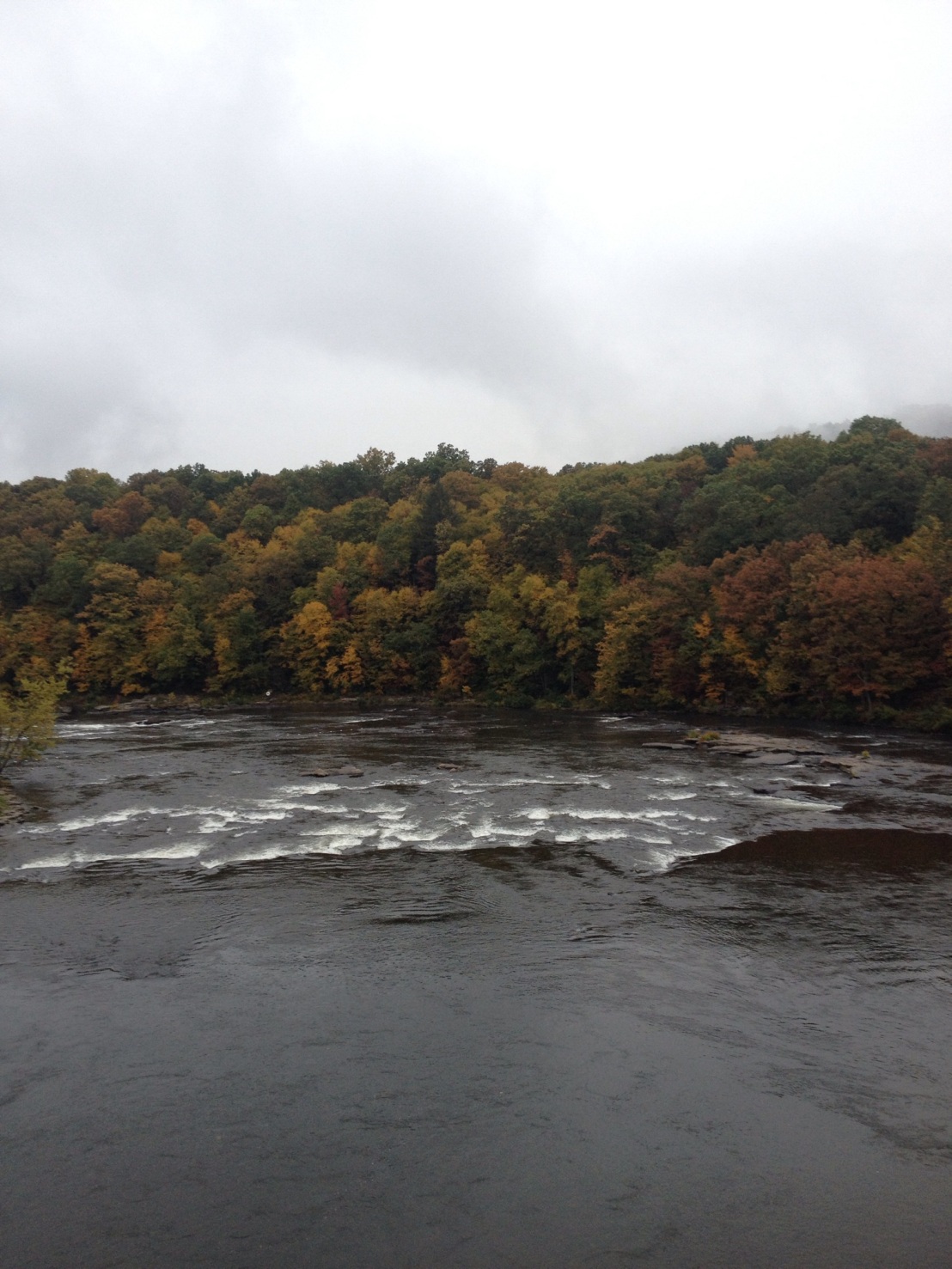