“Come on, leave your mother alone.”
“I’m using the bathroom, I don’t need your help, dog.”
“Can I have some privacy?”
Not even the bathroom is safe in my house. I’m an introvert by nature, and sometimes I just need some space.
I often found peace while I used the restroom for baths, extended potty/Facebook breaks, but everyone figured out my hiding places, even my dogs.
So I run, or make that, I ran. I used to go for two hour runs just because. I was free to explore at my own pace for the sake of “half-marathon training.” But the races got shorter, work schedules shifted, and my kids got crazier, I mean older.
And I opened my latest sanctuary. I let my kids and dogs into what may be the last fortress of solitude I have, my run.
It took some adjusting at first. I think I elbowed Mountain Kid 2 in the head a few time during those first runs as we got use to one other.
My daughter was excited to explore the town we call home. Now, I have a 50/50 shot of waking up a happy girl who wants to run.
We run two basic loops, one to the north and another to the south. Both are well-lit and usually have light traffic on them. We usually see new things, university ROTC groups, holiday lights, and kids getting off buses.
Afterward, the oldest kids get ready for school, while the youngest one gets ready for his run. That’s when I get my longer runs in.
He can only sit in a stroller for so long, so the trip is no more than a mile it two to a park or playground. Then he plays for a while as I do my plyometrics. Then we fuel up and head home.
Although the kids are with me, I still feel like running is my sanctuary. We talk about stuff we never get a chance to say at home. At home, everyone is either too absorbed in what they’re doing or we don’t see each other long enough to share.
I still find my happy moments and inner peace. I’ve just learned to do it with the kids around.
This week, I took them in their first trail run in an area I love. It’s short but steep. They were in awe of nature and the view. It was cool to be able to share it with them. 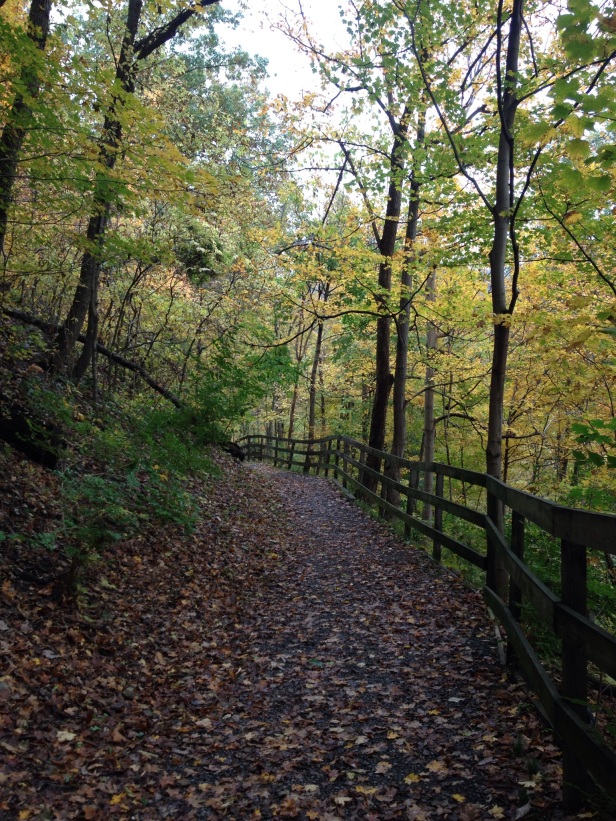 We’ve been running for about two months together, and here are a few things I’ve learned.
At first, run in a loose pack. That way you don’t elbow each other. In a while, you’ll learn how each other runs so you can sense where they are, what they’re doing.
Have clothes laid out beforehand. It sets the tone for the day. You took the time to put this stuff out, don’t you wanta run and uphold the promise to yourself?
Make the run fun. It keeps the kid engaged and also makes them want to run.
Be positive. Even if you don’t want to run, you’re doing this with/for your kids. Suck it up. You know everyone will feel better later.
Know when to push and when not too. Kids are different than adults. A three-mile run is forever to Mountain Kid 2, while Mountain Kid 1 laughs as three miles.
Keep a a manageable pace. Yes, you may have to run slower than you usually do, but you can always go slow in the beginning. If the kid can handle it, speed up toward the end. Again, we’re making this fun for the kid, not you.
Give rewards and praise often. We give our kids doughnuts for every mile they do. If they meet a certain goal, the kids get something bigger, like a toy. Figure out a system that works for your family.
Make sure they are up to the challenge. They need running gear too depending on their milage. Our kids usually run in sneakers from Target. They have stuff on the boxes designating what kind of play they are good for. We usually get athletic performance. When they start putting in more miles, we move them up to running shoes. You also can’t start out with three miles. Start with sprints or a run around the block and move accordingly to their attention span and fitness level.
Do you have anything to add to help parents start a running tradition? Feel free to leave a note in the comments.
I hope to see you on the trail soon. Maybe I’ll bring the Mountain Kids with me.