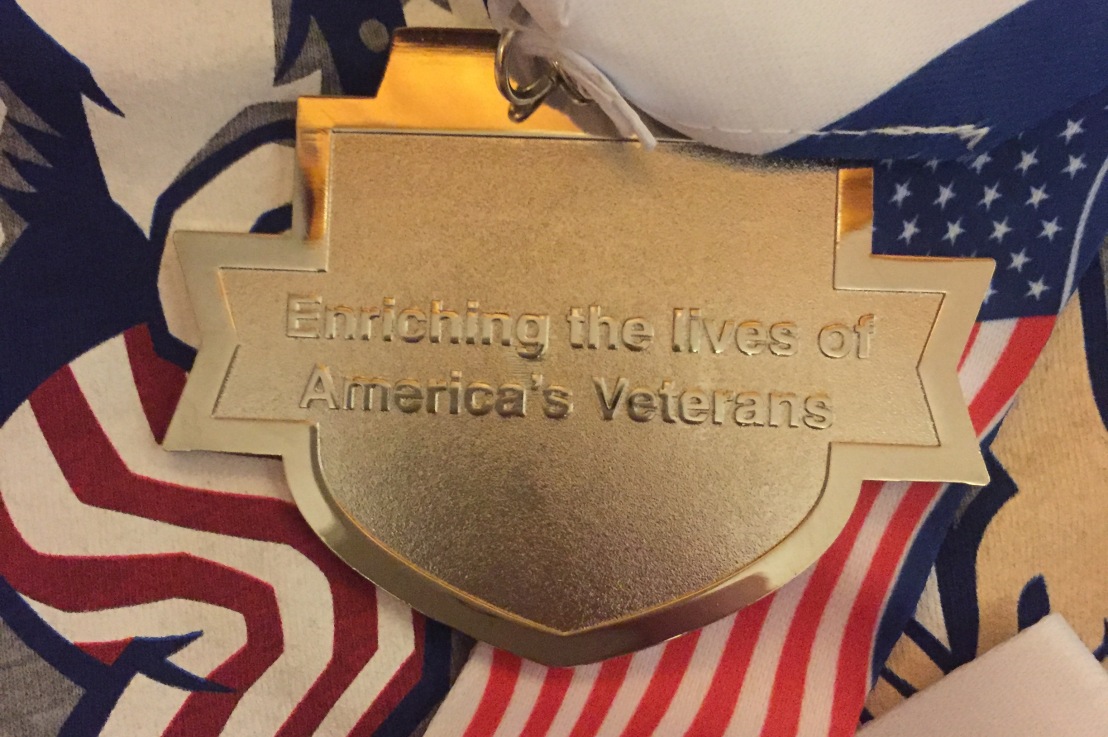 Type: Virtual (you can do it anywhere during the first week of July)

Distance: You can run either a 4-mile or 7-mile distance. You also can do both for a total of 11 miles.

Charity it benefits: Team Red, White and Blue, a nonprofit for civilians and veterans that aims to enrich veterans' lives through social and physical activities. 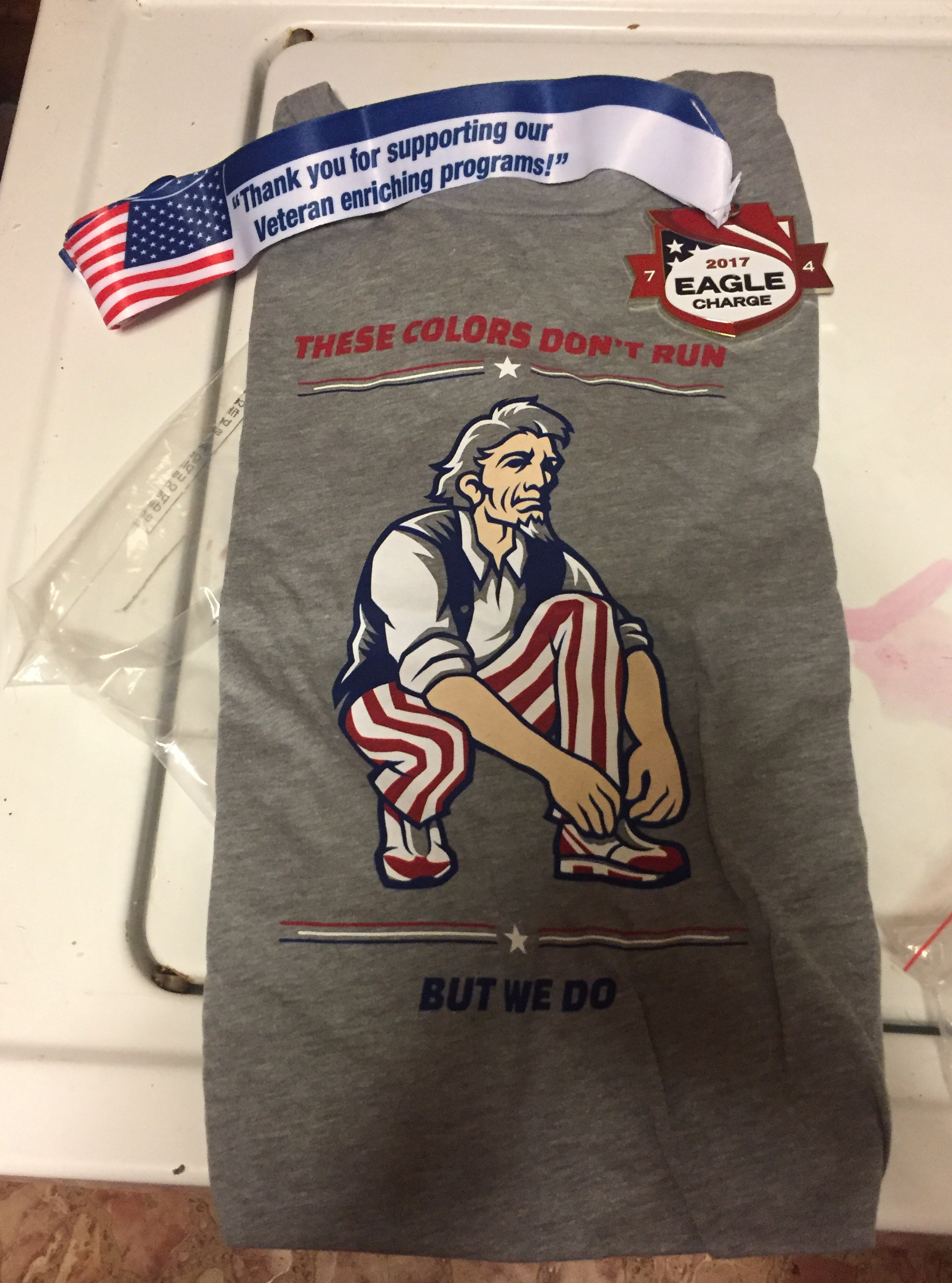 Participation bling: A shirt and medal. After you submit your race time and/or videos and photos to Team Red, White and Blue, you are eligible for age group awards or prizes for best photo or best video. These prizes will probably vary every year, but they're worth it.

What is a virtual race? A virtual race is one that you sign up for online and complete at a place and time of your choosing. In the cast of the Eagle Charge, chapters throughout Team Red White and Blue hosted their own events. If you couldn't make one of the events, you were encouraged to participate on your own. Usually you submit photos via social media or through a website to show that you have completed the run. It's also a way to show others with whom they are participating. 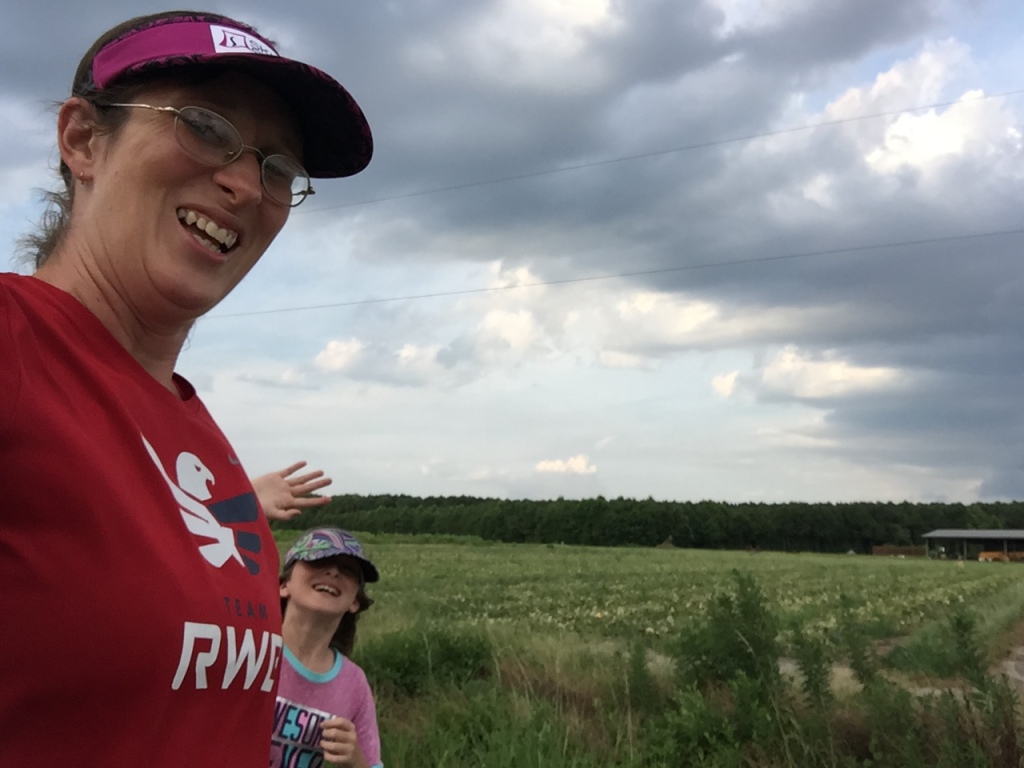 Recap: Mountain Kid 1 is training for her first cross-country season, so she joined me for the four-mile Eagle Charge.

The route we chose was an out and back from our house. Unlike our previous training runs, we took a route we haven't been on before. I knew this route had lots of flags on it, and hoped we'd be able to get some photos along the way.

The route passes many farms and the faint scent of cantaloupe ripping in the fields covered the area.

We bought two water bottles, one small and one regular sized, as we're still getting use to the Southern heat. And we went through both.

We completed the event is under an hour. We aimed for taking less than four walk breaks, but the heat was a bit overwhelming, so we walked more.

But we talked about life, the Fourth of July holiday, and the upcoming school year.

After we were done, I gave MK1 her medal and shirt.

It was a good run for a great cause. 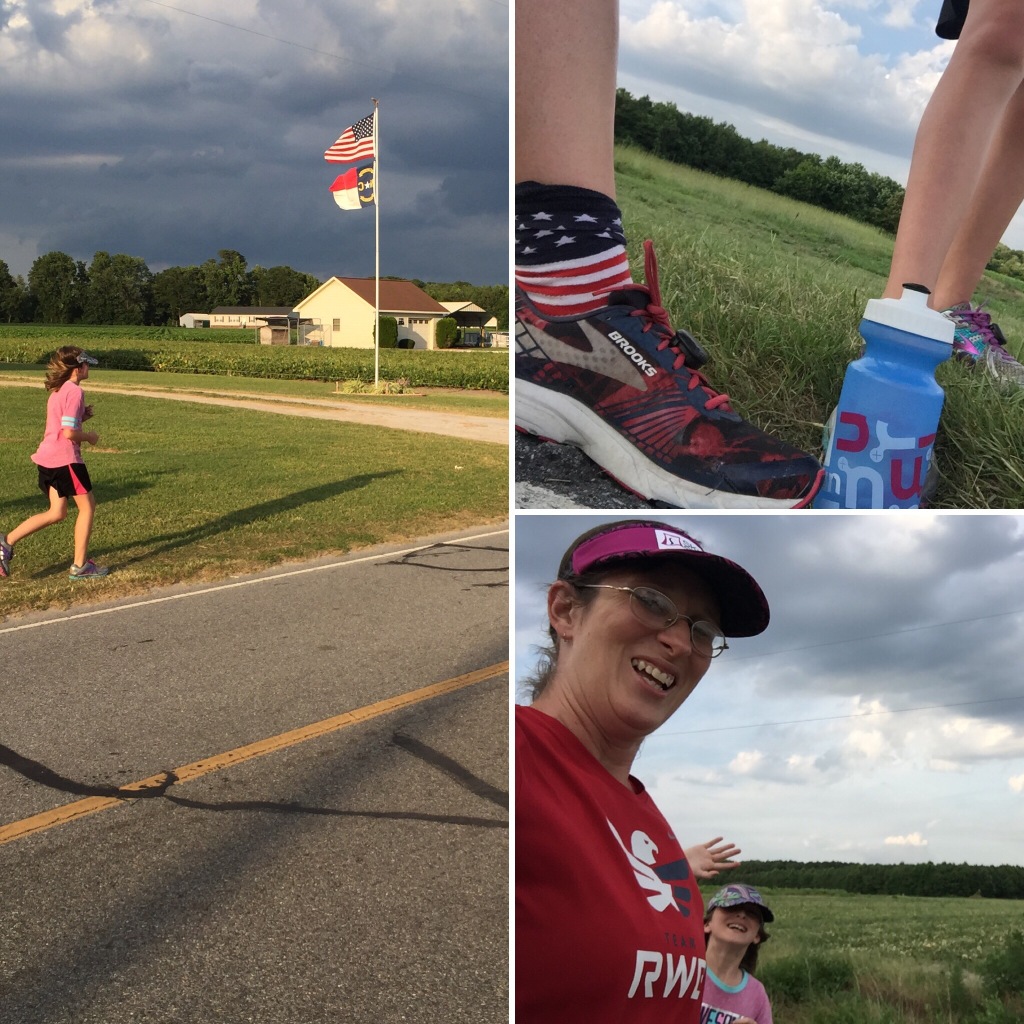