Quote of the post: “You were given this life because you are strong enough to live through it.” — Patch received from a GRT (GORUCK Tough)

There are things that mark a certain phase in people’s lives — your first car, your first breakup, the birth of a child, etc.

For me, a recent series of events brought things into view, making them too hard to ignore. Maybe these things were there all along, just waiting for me to say “Aha! That’s it.”

I admit, I was a bit slow, but I hope these things I relearned will spark something in you and get you headed in the right direction.

A Wedding and a Podcast 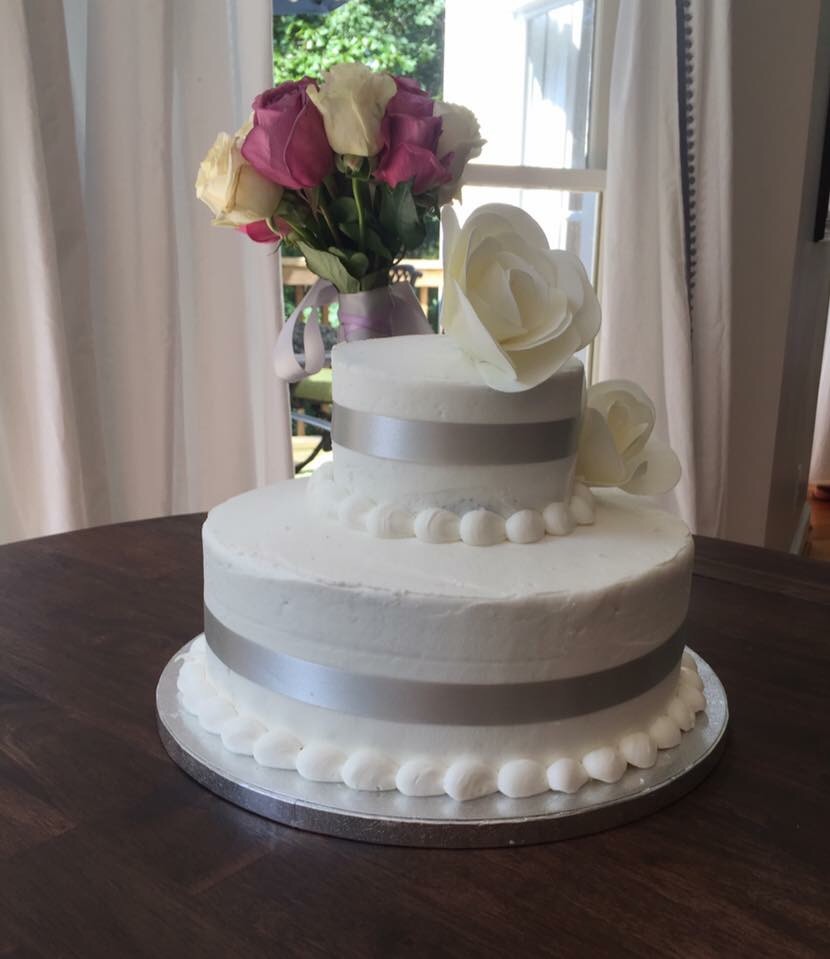 My brother, 17 years younger than I am but filled with twice as much wisdom, got married earlier this year. He and his wife had a small, beautiful wedding at a friend’s house. Its backyard slopes down to a beautiful lake on a state park. I instantly wanted to run on the trails to escape the thoughts in my head, but I took it all in.

From the vows that invoked Pokémon and Star Wars to the reception of pizza and lounging on the porch, this was so my brother and his wife. It was relaxed, fun, and yet a little, tiny bit serious.

It was there, that I felt the weight of the world. I had been lost for a while, since the move back to the South. I was/am a mountain mama. Things were changing in a way I couldn’t keep up with.

My brother followed me down to the lake and told me about the property. And we talked, as adults, about how exciting yet how scary the world is. And we hugged, and at the moment, the hug … that feeling that I wasn’t alone was enough.

That night, due to family obligations, I drove back home. I listened to a few podcasts, All Day Ruckoff, Mom is in Control. The one that stuck out the most to me was Applebell Radio’s episode on being a Renaissance (Wo)man. I mentioned it before in this blog, but again, this offered a shift in my mindset that just blew things out of the water.

As a child, we are told in school to concentrate on one thing, whatever specific career we want in the future. I wanted (and still do) to be all the things — president, Olympic athlete with her own clothing line who also acted and built her own home. I admired how my dad could fix cars just as much as I admired my Mom’s baking ability.

When I went to college, I told my adviser I wanted to be a Renaissance Woman and was told to get a Bachelor’s of Science in English. I sucked at the math part though. I thought my dream was dead. I tried to hone down on just one career, something I’d do for the rest of my life. And to be honest, I just can’t anymore.

In the Applebell podcast, co-hosts Blayne Smith and his wife Jeni Smith talked about how Blayne has all of these talents and how he uses them. Jeni also started learning things because she’s interested in them.

During my drive home from the wedding, I assessed my talents and made it a goal to reclaim my Renaissance Woman status.

The trip to the homestead 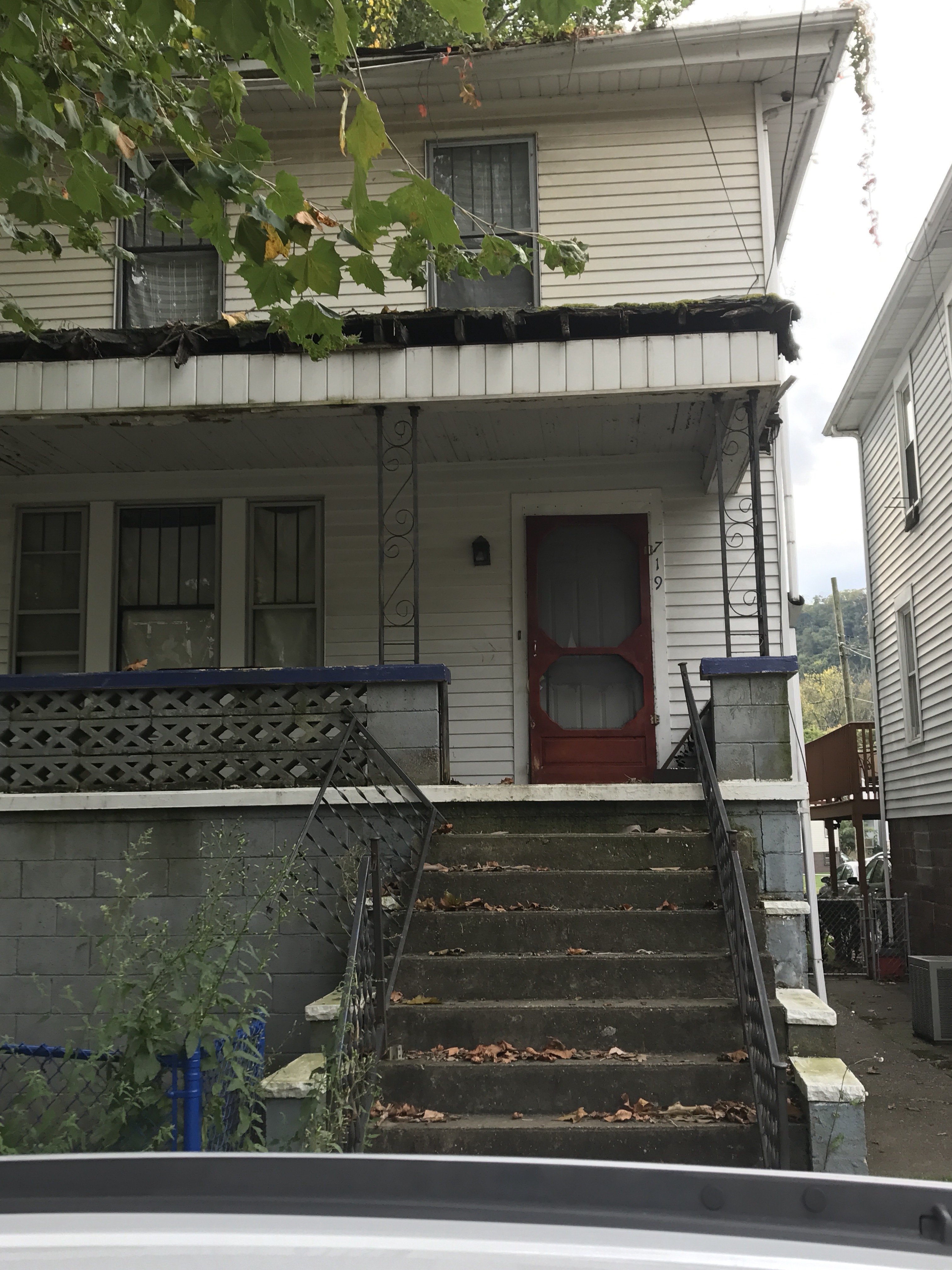 By the time this is posted on the Internet, our home on the island in the middle of the Ohio River will have been torn down. The two huge trees have already been removed. The majority of our belongings will be thrown out or picked through by neighbors who asked me if I was throwing out my family’s antique dresser as the neighbor who bought our house helped me pack it into a rental SUV.

This move was hard. Leaving in April was hard. I felt like we had a chance to salvage something from this or rebuild. But then I went into the house a few months after we left.

From what I understand, the box gutter around the front porch collapsed a month after we left. The hole in the top roof wasn’t patched correctly. Since I wasn’t there to clean things up, the hole left the wall under it black with mold. The smell of stale, moist air hung around the clothes racks that were still filled with our clothes. The spiders had taken over a couch that my family lounged on after we came home from school.

This was an instance where my father’s words, learned through many years in the construction business, rang true: “If you go for the quick, cheap job, you’ll pay for it in the end.”

For the past several years, I spun my wheels hoping to turn back some magical clock. It wrecked my outlook, causing me to shun people I loved and care for and break down at the slightest of imperfections.

I was slowing the dam with a tiny bucket.

The fear of letting people see how things were, as least how bad I saw it, overwhelmed my thoughts and actions while we lived in Appalachia. There were happy times to be sure, but there was also finances, a crumbling house and uncertainty always looming.

As I took in what happened once nature took over, I knew we had done the right thing. I know I was doing the right thing as I packed up what I could fit into the SUV. There was no quick fix. Some goals take a lot of work (and in our home’s case investment of finances) in order to be achieved. And you can’t half-ass it — be all in for a week and flake off the next week because you don’t feel like doing it. You gotta keep going until you’re done. And that’s what I’ve been doing for at least five years throughout my fitness journey.

As I said before, I’m a slow learner. I knew what the house was telling me. I let it sit there, quiet and unspoken for a few days while I plotted my course.

I tend to implode on myself, I’m good at self-sabotage. I tend to think of all that can go wrong before ever taking the leap required to do something epic.

But this time, I stuck with it. Each week, I’m working on something new, trying to build on what I’ve been doing in a way that’s fun and challenging for me.

I feel better mentally and physically. This is hard, very hard sometimes, but it feels more authentic. It’s closer to how I’ve wanted to live, and that really makes me want to push to see how far I can take these changes.

I think the most frustrating thing is that I’ve known what needed to be done for a while but I just couldn’t do it. I made excuses and put up barriers that didn’t need to be there. And now, I have to clean up the mess of everything I left undone.

Getting to where I want to be requires a leap of faith. I love adventure, but I’m also keenly aware of the dangers. As someone who is a 41-year-old mom of three, I have to tow the line between adventure and jeopardizing my ability to take care of my family. I also have to overcome:

I think I have to confront at least one of these concerns every day. So I’ve set up appointments with myself to keep my mentally, spiritually and physically on the right path.

What are you good at? Are there things you want to improve? If you put in the work, you’ll reach your goal. There is no easy way to get there, not magic wands or pills. I knew this, but didn’t really take it to heart until recently.

You can move mountains. Keep looking for the next adventure. Maybe our paths will meet.