This weekend is my race!!!

I wanted to take it easy this week, but my mind had other ideas. 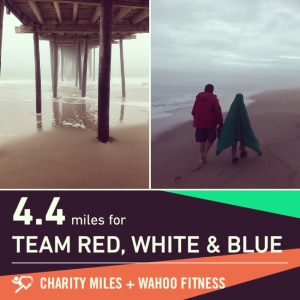 I started with a day of back-to-back workouts — a 4.4 mile hike on the beach and a 45-minute plyometrics session.

I did the second workout because my daughter asked me to work out with her. Since working out with her is rare nowadays, I knocked out a workout I promised myself to do. 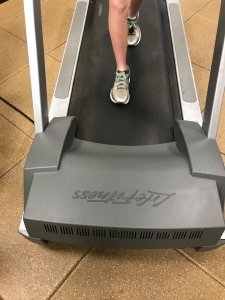 All month, I had 15 workouts to do from #wedohardstuff. Like usual, I put them off and had to spend the last week of the month playing catch up.

I did six workouts in four days, which wasn’t the wisest thing to do. But I reached my goal, and now I can rest until February. That’s when the next challenge starts. But I plan I putting daily reminders on my calendar, so I knock out a bit every day.

Today (Jan. 31), I did some yoga and baked. I am mellow when I cook. Thursday, I’ll do a two-mile run and Friday will be just walking around the race expo.

If I was a true food-eating competitor, I would have switched to soft and liquify foods — bananas, smoothies and soup — earlier this week in preparation for the race. You need more than your stomach to hold a dozen doughnuts, the entire digestive system should be cleaned out.

But I’m not that person, though I’m starting to go with foods that easily digest today (1/31).

The keys leading up to this race, as with any race, is to get enough sleep during the week and drink all the water. Dehydration and sleepiness on race day can be prevented some through preparation in the days before the race, not the 24 hours before. I learned that from my Hillraiser Challenge which was held in February 2017 and my October 2016 GORUCK Light.

It’s held true ever since — sleep well throughout the week and drink water. I eat carbs for lunch the day before a race because I don’t want my dinner sitting in my gut on race morning.

So there is is, all of the preparation for my first race of 2018. I’ll post a race recap as soon as I recover from my impending sugar coma.